For The Record Studios is a recording studio in the Denver, Colorado  area that provides professional quality audio services including: recording, mixing, mastering. In addition to audio services, FTR studios offers session instrumental recordings for artists looking to add additional live instruments to their recordings; session musician available for guitar, bass, and drums. We also have a wide network of contacts with session musicians for just about every other instrument from keys, strings, wind, brass etc. 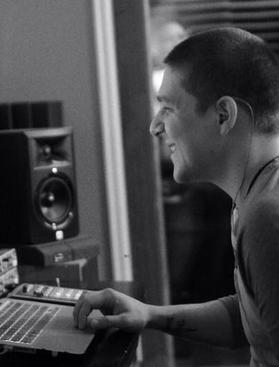 Evan is a corporate, concert, and studio audio engineer working in and around Denver. Originally from New Mexico, Evan moved to Denver in 2007 to pursue his Bachelor of Arts in Sound Recording Technology. Since graduating in 2012, Evan has worked as the FOH audio engineer for live shows with several artists such as Andrew McMahon, 1000 Horses, Jonny 5 of the Flobots, and Natalie Grant. In addition to mixing live shows, Evan has also produced recordings for local artists such as Cody Jeffryes, Revyval, Survive the Planet, Freddy Rodriguez Jr., Over the Castle, Madafra, and The Jacob Cade Project. When he's not recording other artists, Evan enjoys working on recording original and cover songs with his wife.